Foundation of the Society

Knut Lundmark himself describes the origin of the society: 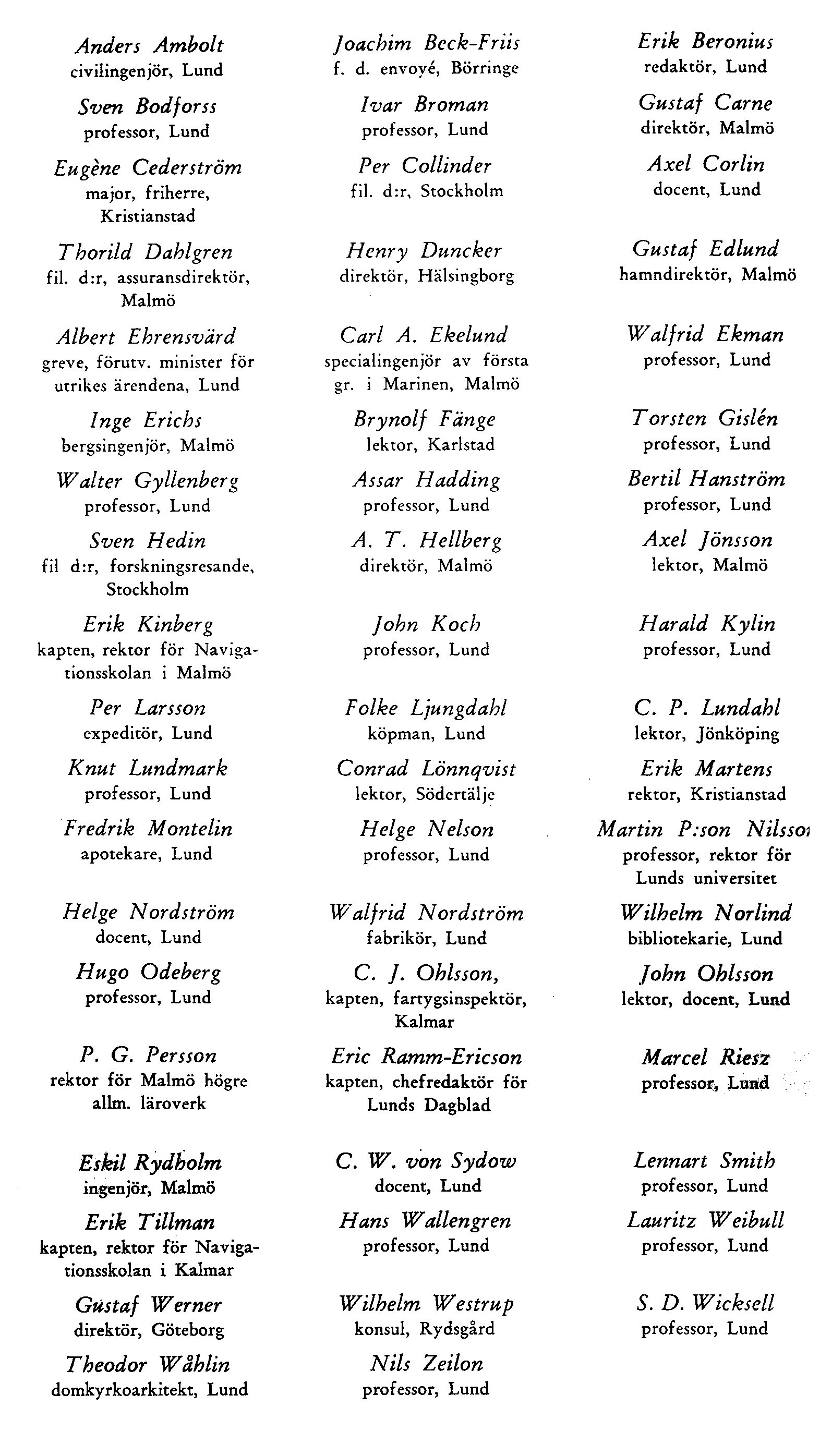 For a number of years there had been discussions in the southern parts of Sweden, particularly in Malmö and Lund, about the need to organise a popular scientific astronomical society. The main reason to found such a society was the strong public interest for astronomy that nowadays exists, and the flowering amateur astronomy that by and large plods on without any real support from the scientific community. The contributions from the amateurs, not least from those here in Scania, have been so many that much would be gained if there was an organisation that could bring the amateurs together and that could alleviate their work by supplying advice and instructions.

The great interest for astronomical subjects among the educated public has also manifested itself in the steady flow of letters, writings and questions that are directed to the Lund Observatory. As many of these messages contain valuable observations, it would be highly desirable to centralise these in a popular science society and that this society by using separate amateur sections could organise the amateur work more than has been possible so far.

The need for a popular science society also appeared clearly when the public shows at the observatory of Lund started at the end of the year 1935. During the opening year the observatory had 1200 visitors and during the past year the number of visitors were 802. At these public shows, not only a strong interest for astronomy has been uncovered, but there has also been an outspoken urge for the foundation of an astronomical society.”

Lundmark used his vast contact network and assembled a call for action that a great number of prominent persons signed. To the right we can see who these people were, and below is shown the call that was published in several papers in the southern part of Sweden. Please note that Lundmark, who was the driving force behind both the foundation of the society and its further existence, formally kept himself in the background.

On the 27th of April, 1937 a constituent meeting was held at the Kungsparken restaurant. There were about 140 persons present. Lundmark proposed that " ... as a tribute to one of the greatest sons of Scania and one of the foremost scientists of humanity, the second great reformer of astronomy" the society should be named the Astronomical Society Tycho Brahe.

We also see some other possibilities to be able to distribute knowledge, in a popular form, about the results of astronomy and to bring together the interested public and the professional, but these possibilities must of course be sought out during the future work of the planned society.  The first part of the meeting is dedicated to the constitution of the society and questions of this kind. After this part of the meeting, professor Knut Lundmark will give a lecture, illustrated by magic lantern pictures, on the subject: The Moon – some excerpts from the research history of the sister planet of Earth. After that some briefings about recent astronomical achievements will be given, and finally there is an evening meal and an informal get-together.